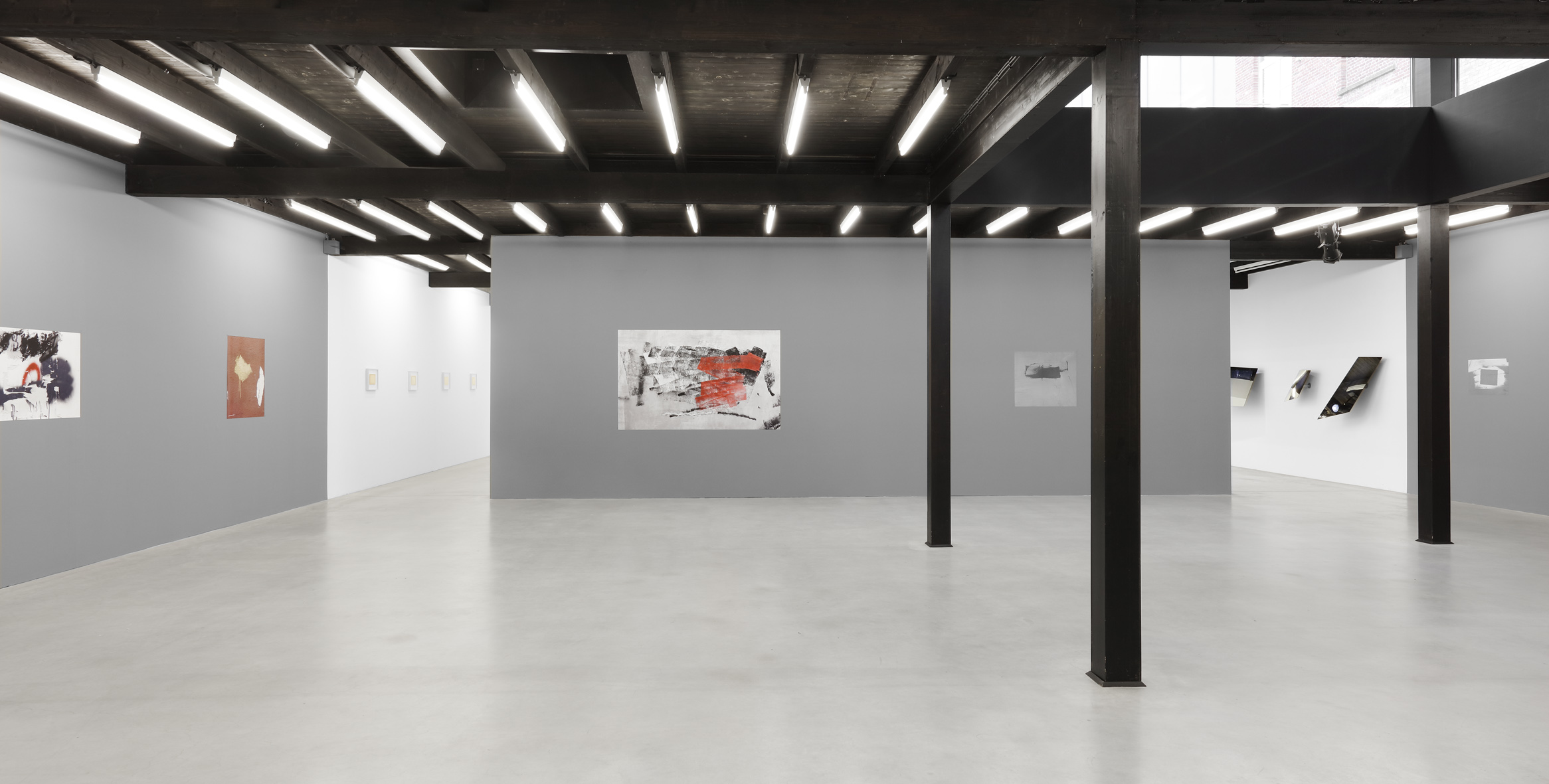 China is full of abstract paintings in the public space. There are walls with smaller and bigger color painted brush strokes
which mainly appears in the Hutongs of Beijing. These visual abstract paintings which reminds to western artist like Richter or Twombly are overpaintings of phone numbers.

Some people spray contact phone numbers on the walls of houses in China to offer businesses. These businesses are
mostly illegal and forbitten so that the government and also house owner each day send some troups of painters to overpaint them. The purpose is to erase the numbers but they don‘t care neither about the color of the wall nor about the erasing color which creates after a while abstract paintings.

I was collecting the phonenumbers before the troups could overpaint the numbers and called the providers to record their
„WEI“, which is used for a multi channel sound collage. The paintings have been photographed in high resolution.

The final installation are the postered pictures posted directly on the wall and the „WEI“ sound of different voices is projected through hidden loudspeakers. 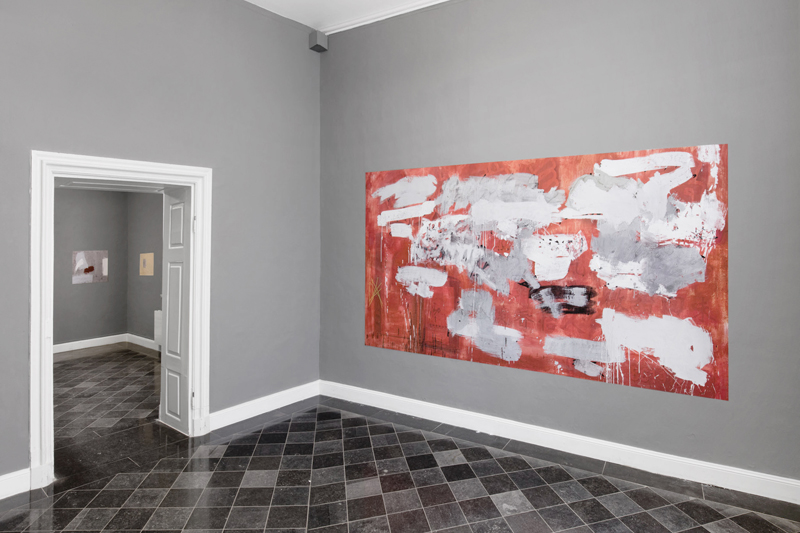 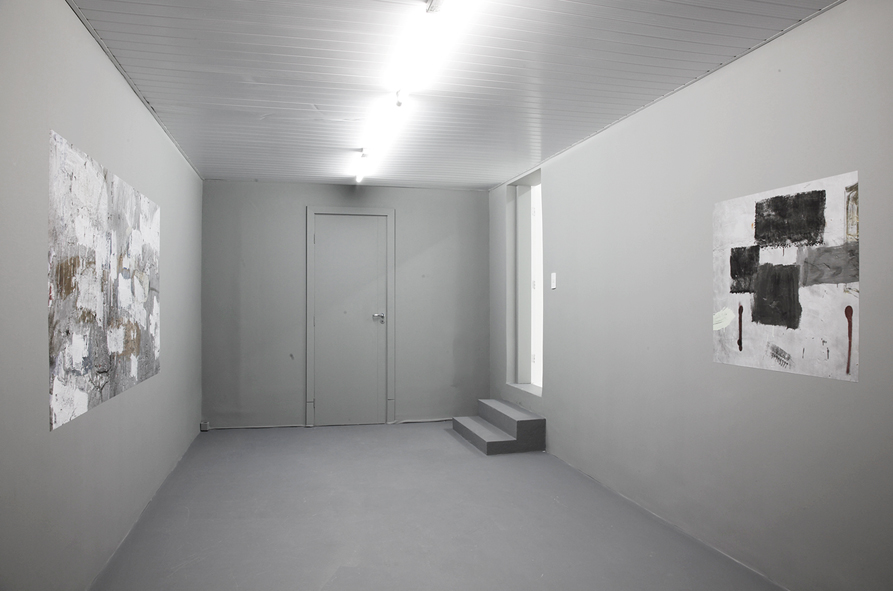 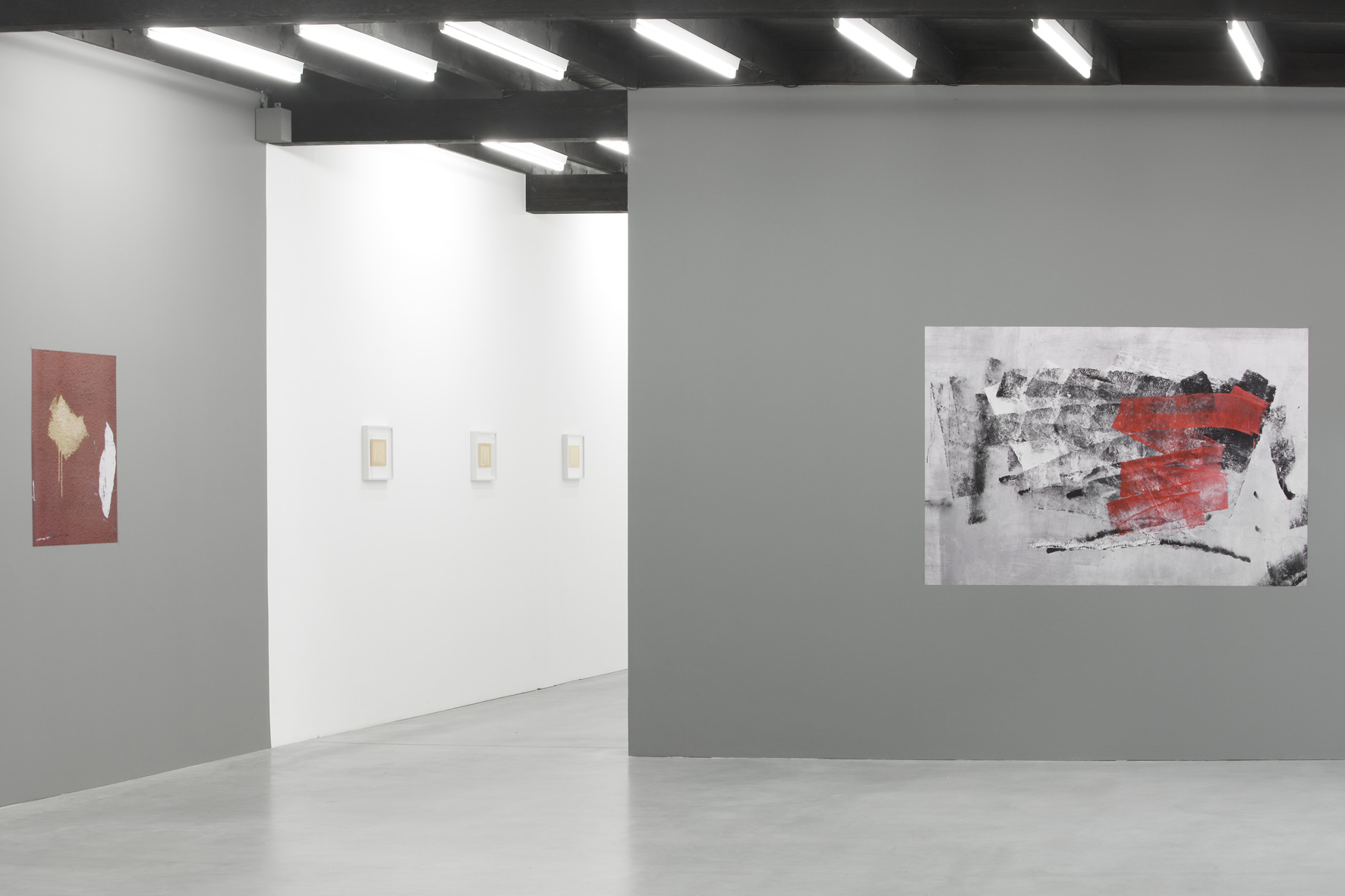 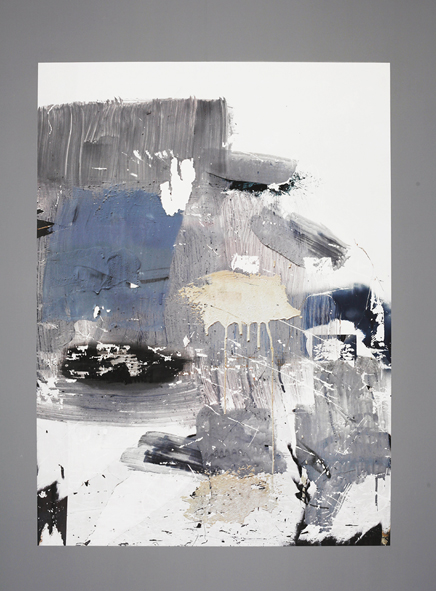 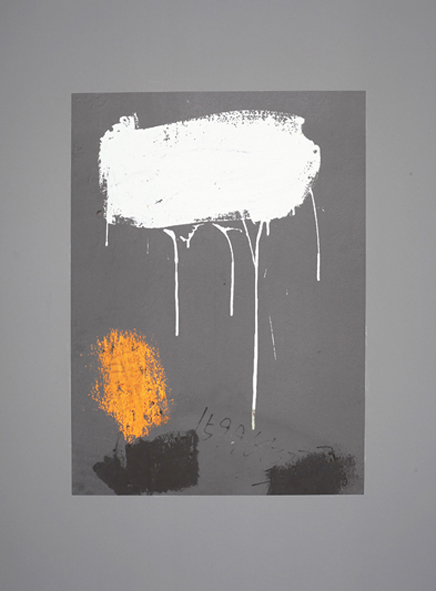 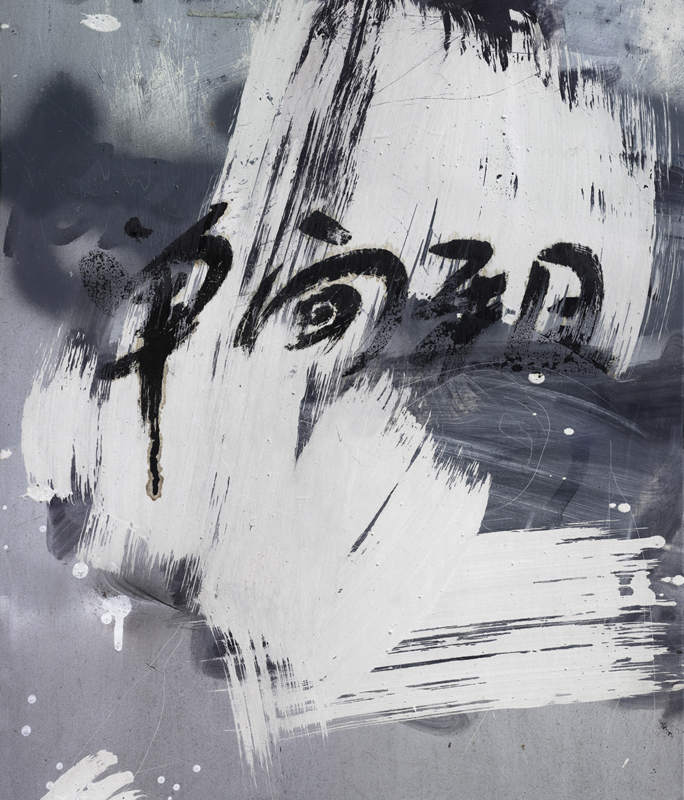 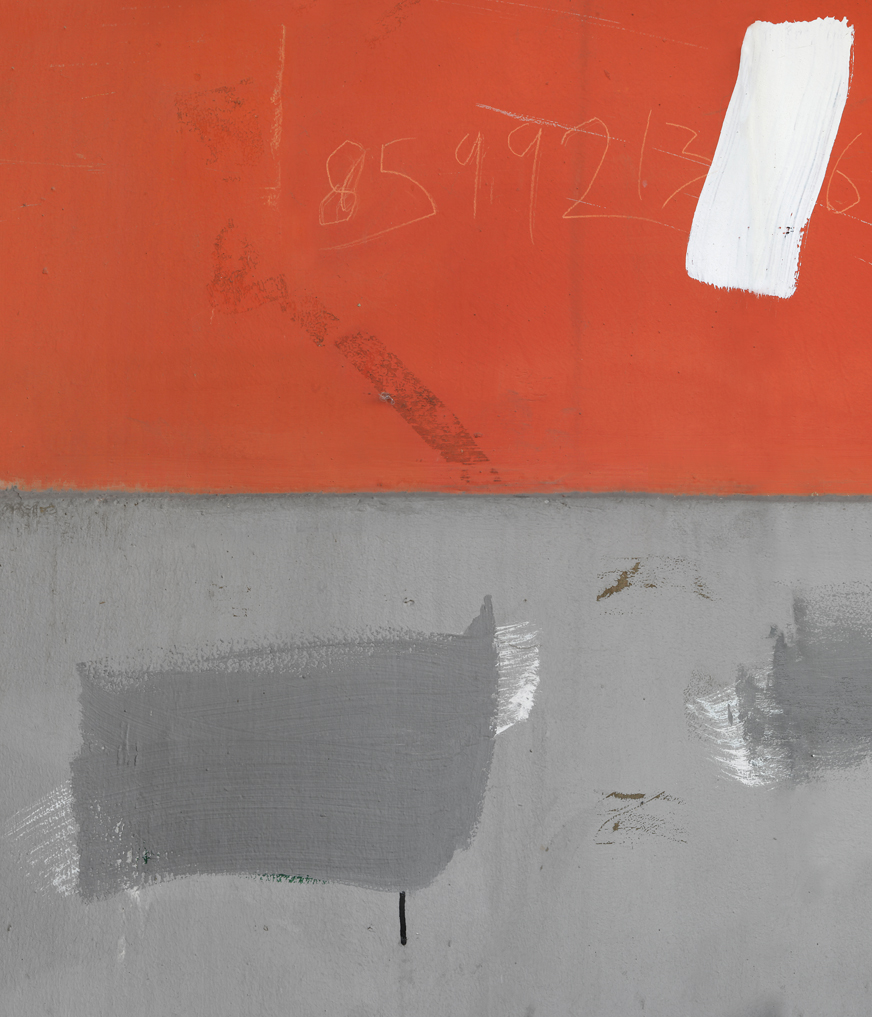 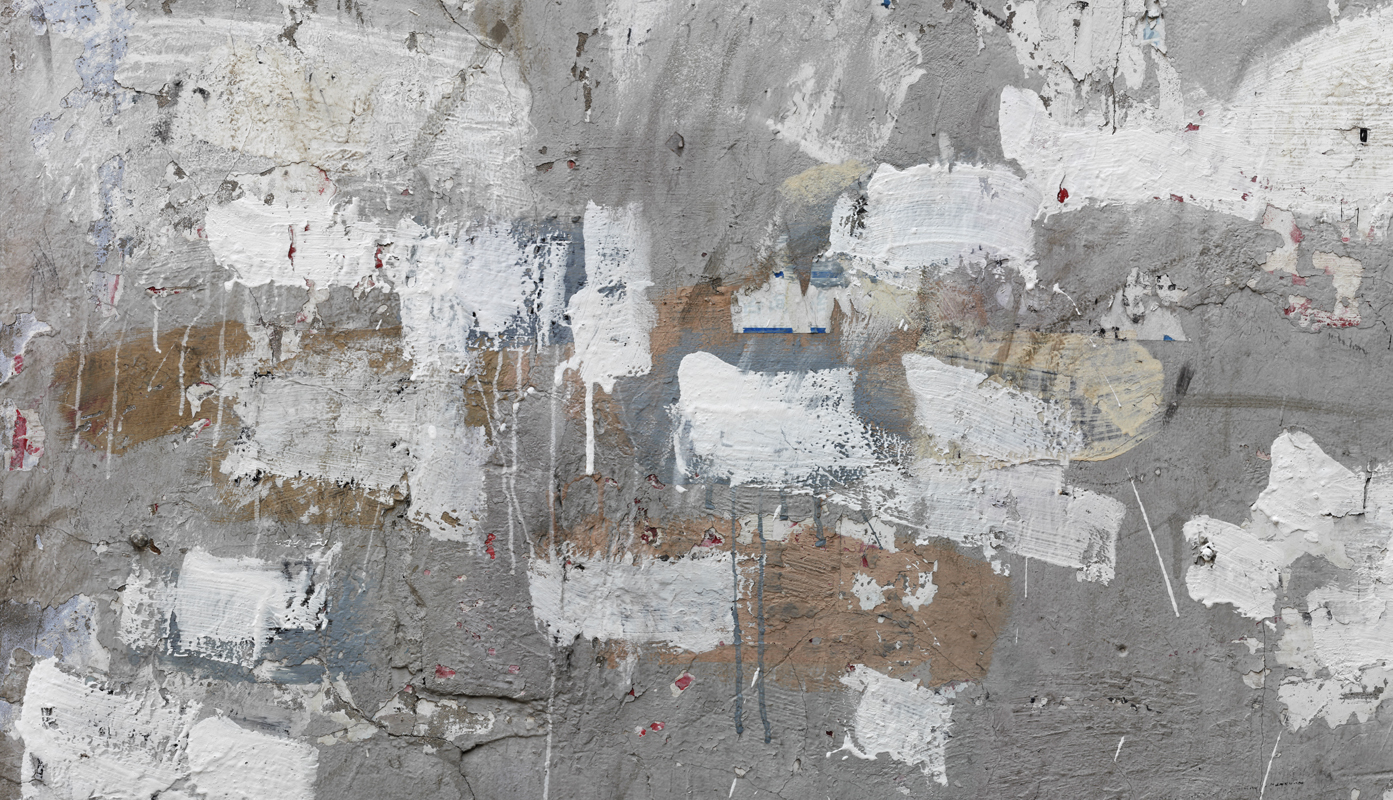 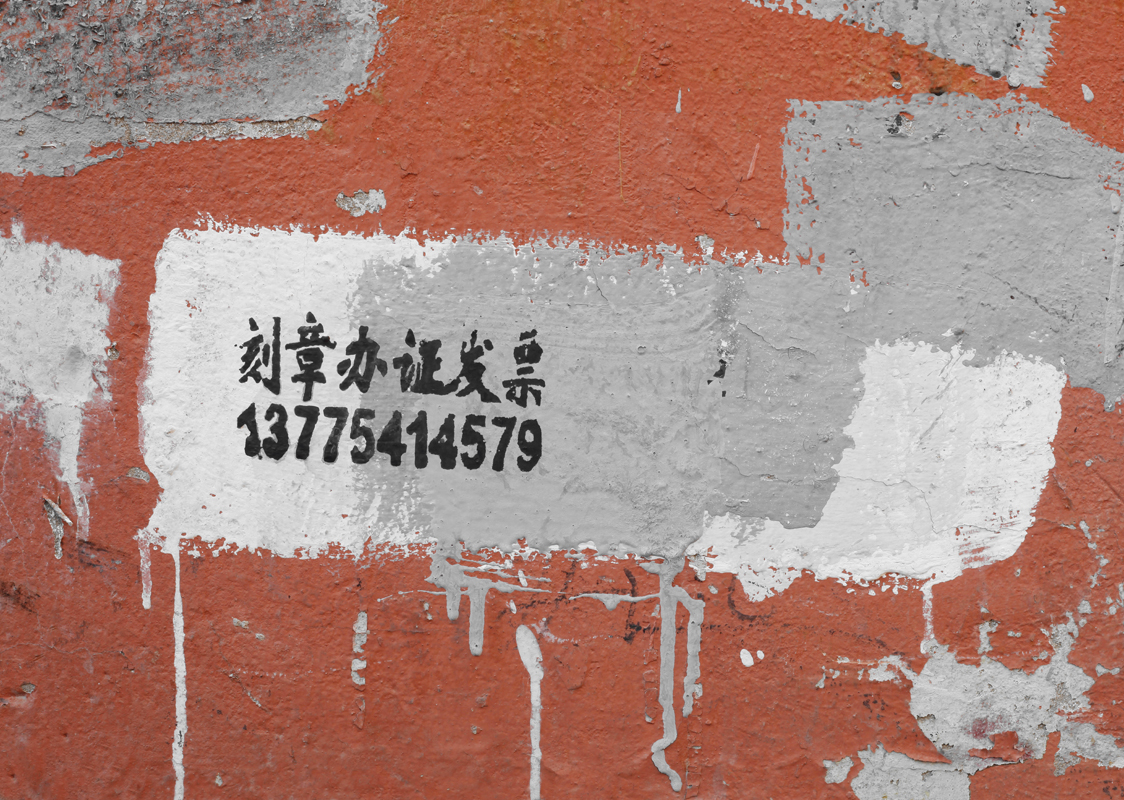 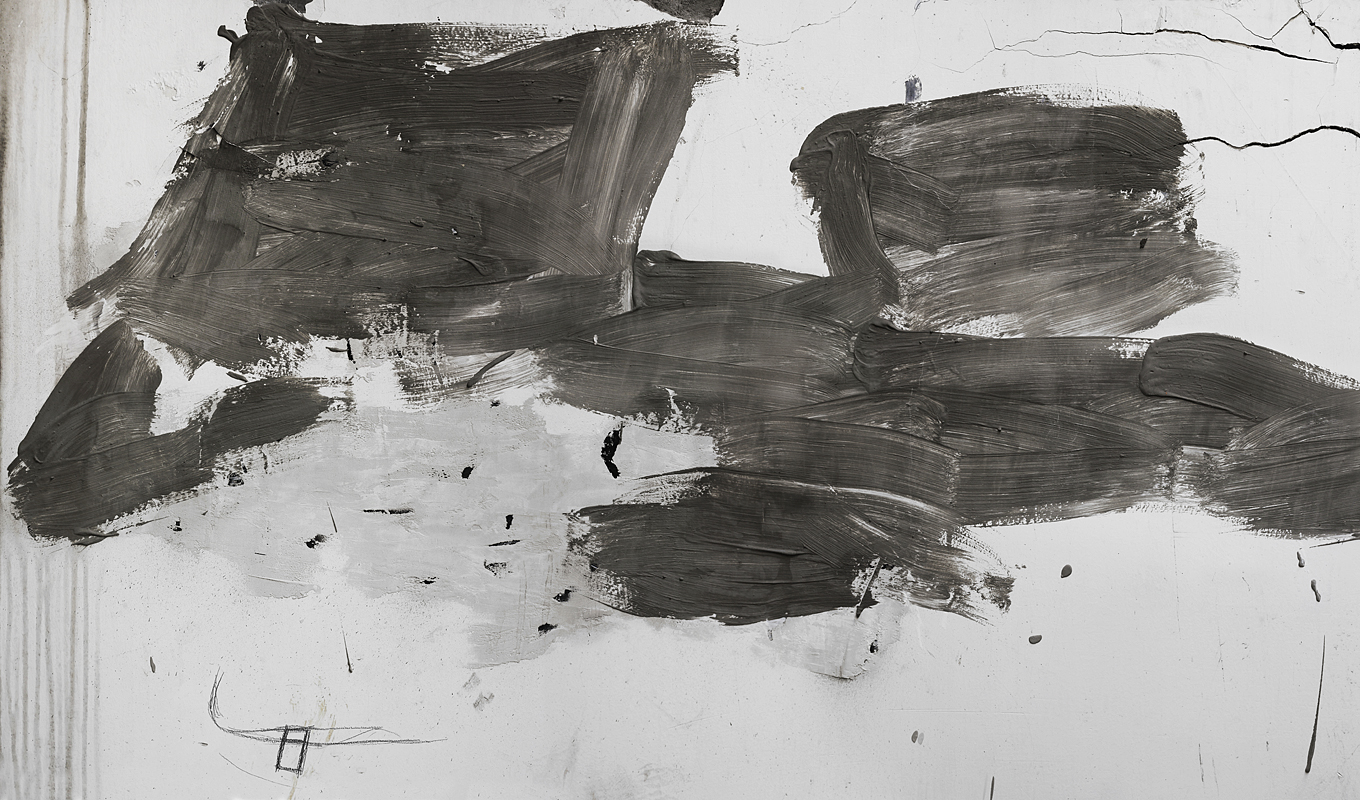 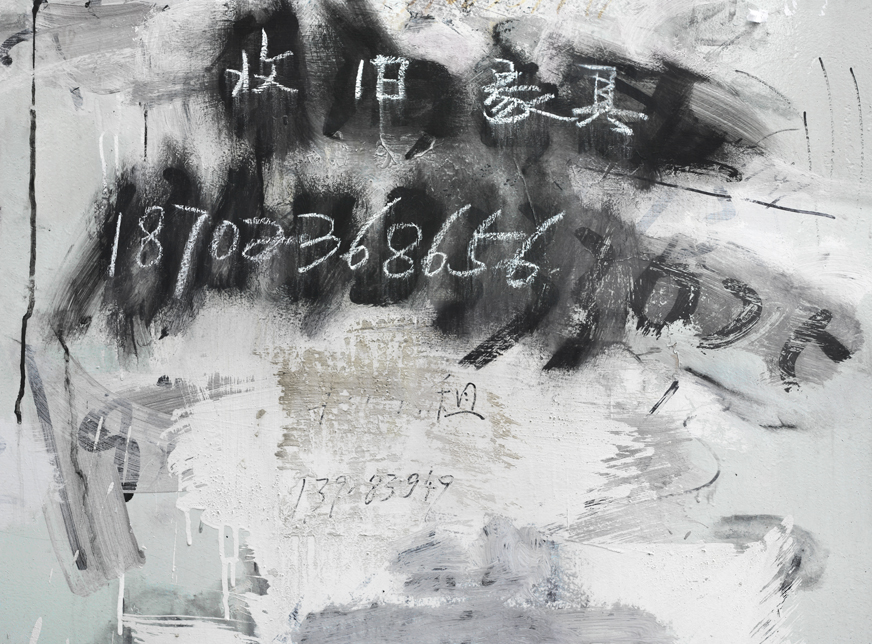