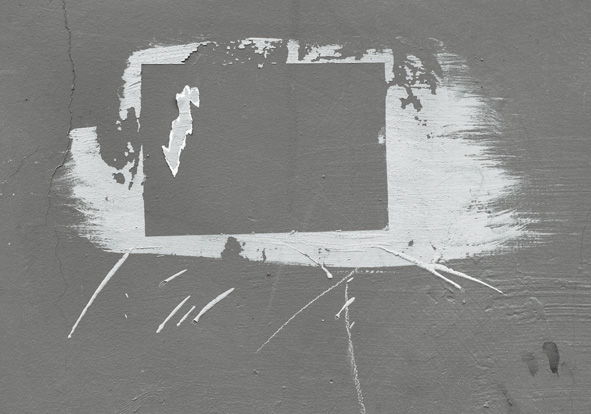 The photographic series WEI (chinese: Hello) is based on photographs taken by Juergen Staack in the Hutongs of Peking. Hutongs are a traditional style of residential building, comprising of courtyards and narrow alleyways. Over the course of centuries the city structure of Peking has come to be characterised by these austere one- and two-storey building complexes. The dominant colour is grey, the people's colour, based on a centuries-old tradition.

In the alleyways of the Hutongs, printouts and small posters are often put up, illegally offering private services. Rather than being removed, these posters are mostly painted over in different grey tones, and thus erased, by state employed 'painting troops'. Through this process, unintended abstract wall paintings are created, especially when the posters buckle, fall off or are torn from the walls, leaving behind framed grey empty spaces permeated by an aesthetic of negation, drawing their potential from absurdity. Juergen Staack noted down telephone numbers before they were overpainted. In the accompanying audio installation, recordings of phone calls can be heard where the phone of the person being called is switched off or where the number no longer exists.

WEI (deframed) is a continuation of the series WEI, which describes a similar phenomenon that has since become less common. There, instead of posters being overpainted, the spray-painted telephone numbers of the illegal offers of services are painted over by the 'officials' with whichever colours they have to hand, resulting in abstract gestural paintings. 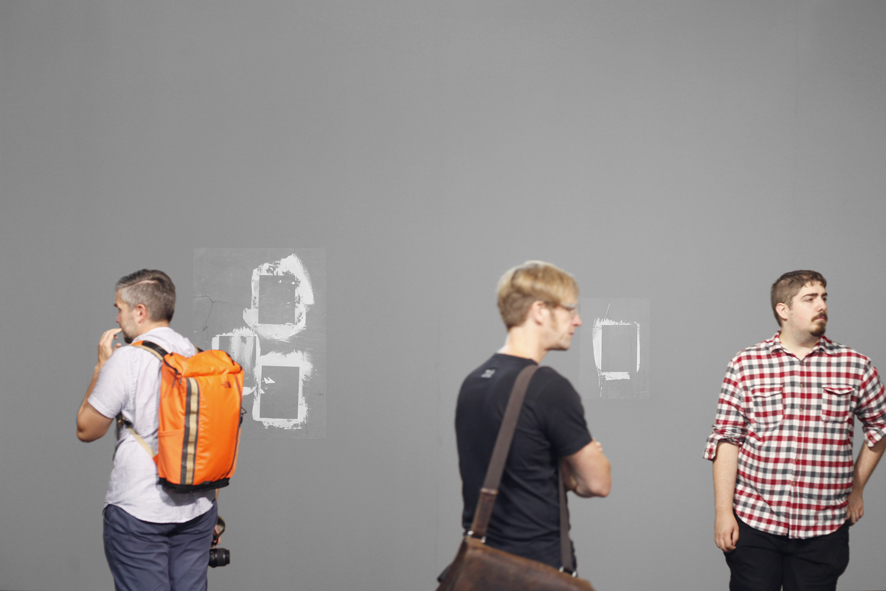 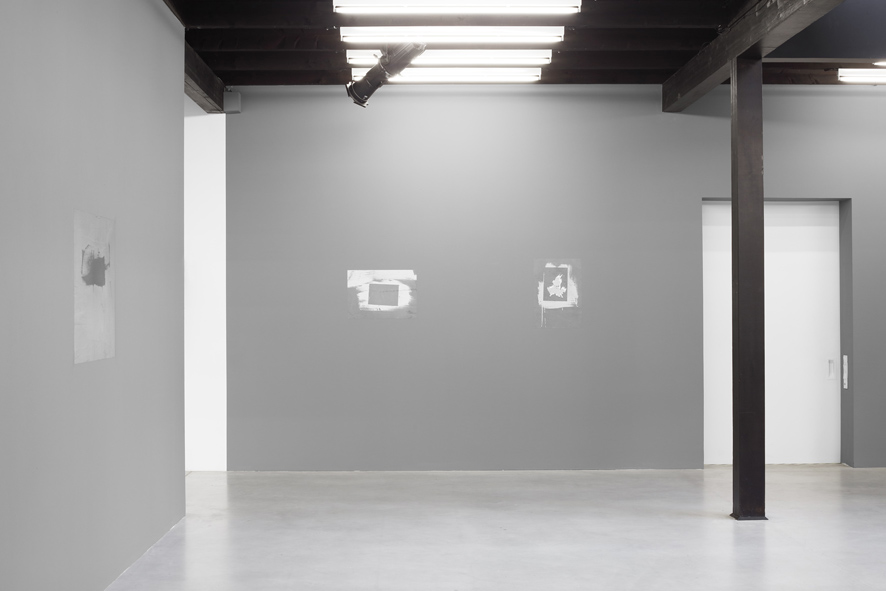 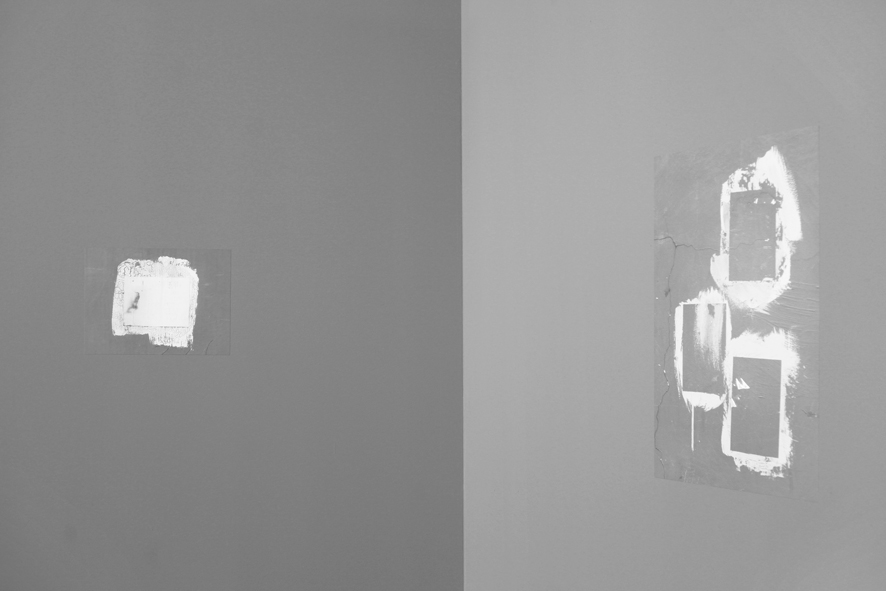 installation view of two images on the wall in Berlin (2016) 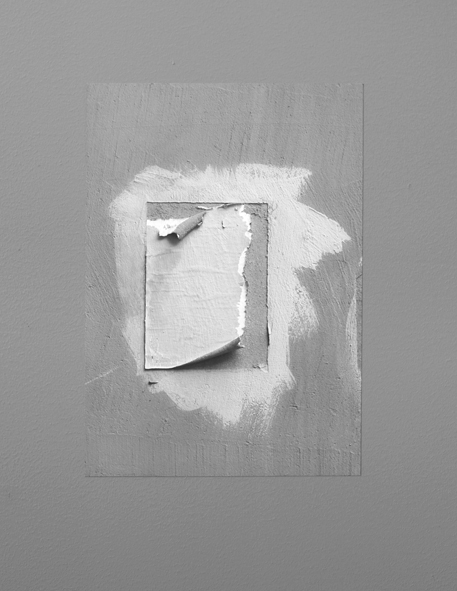 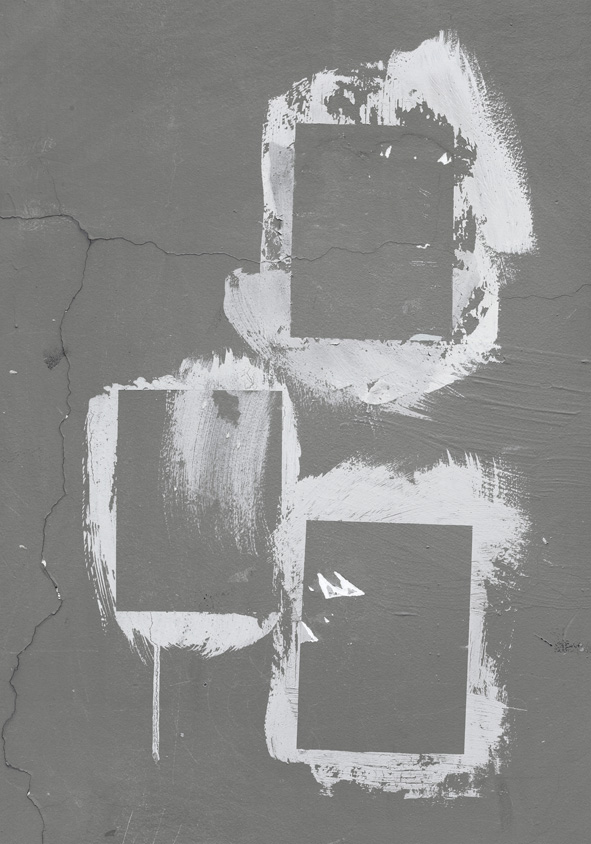 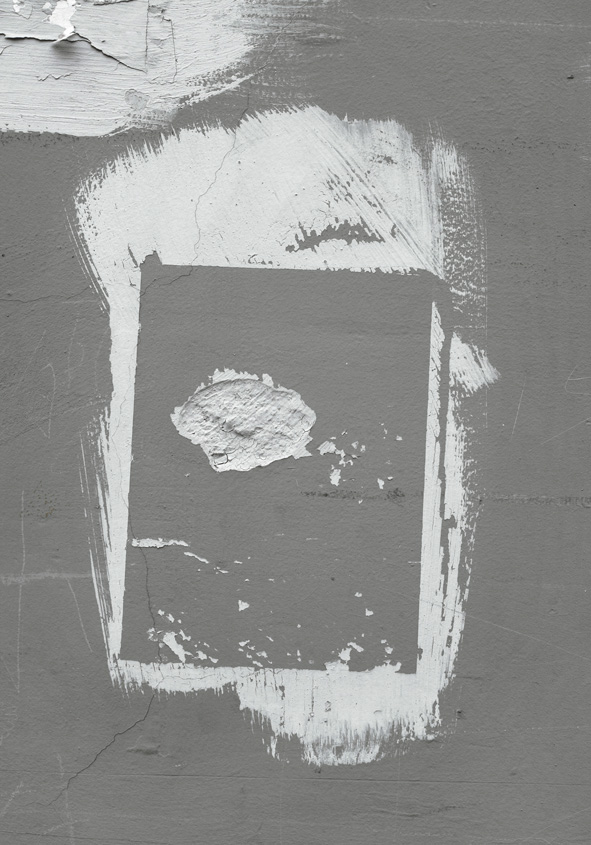 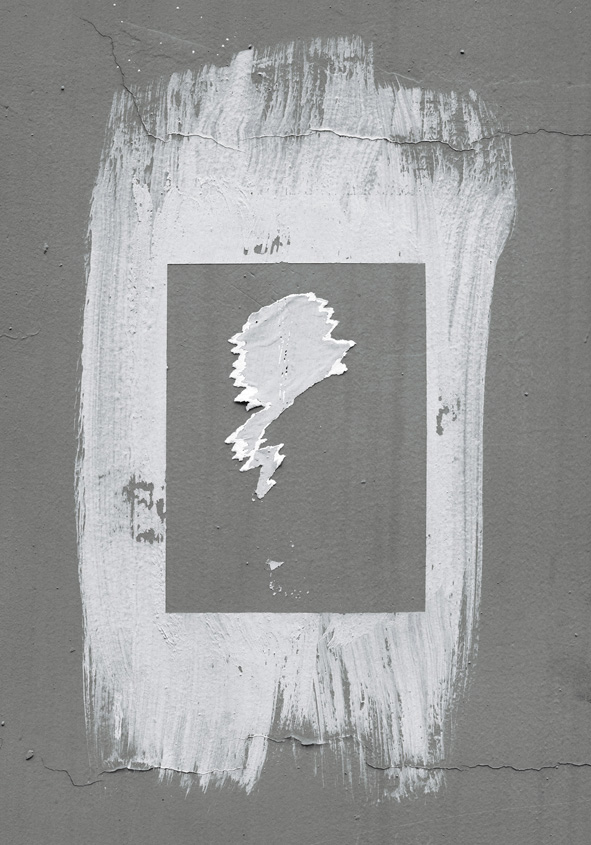 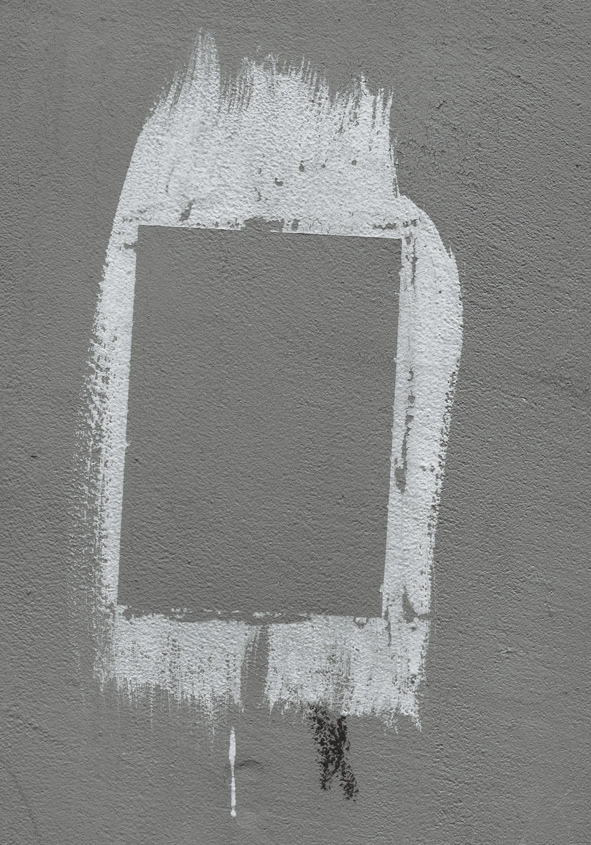 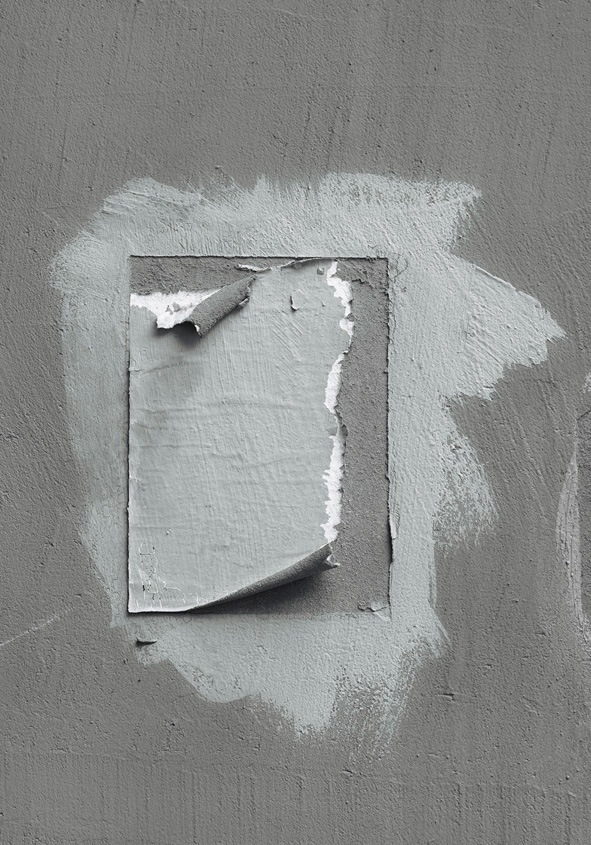 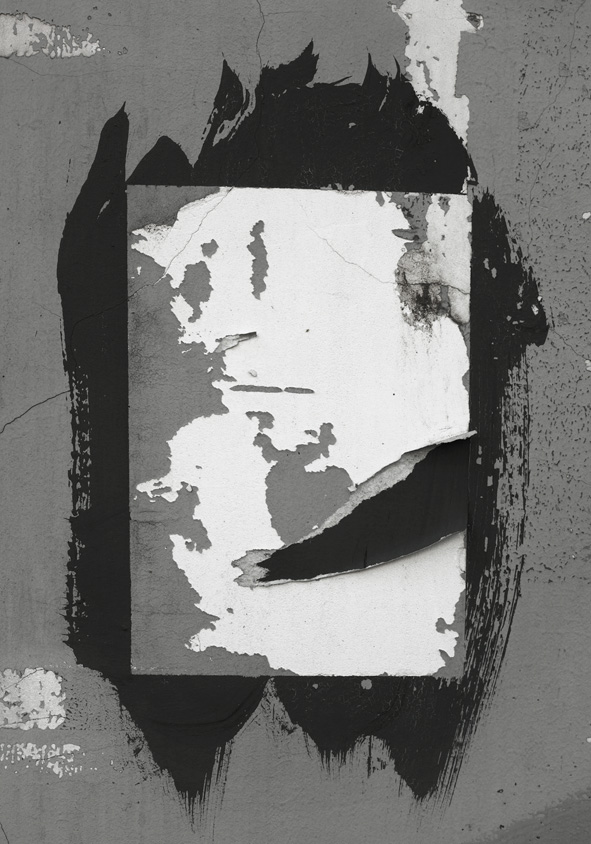 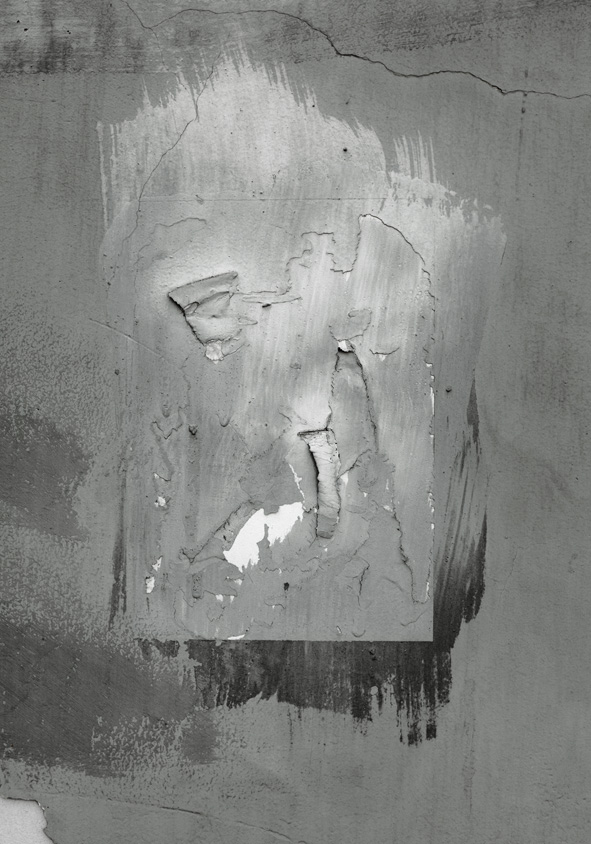 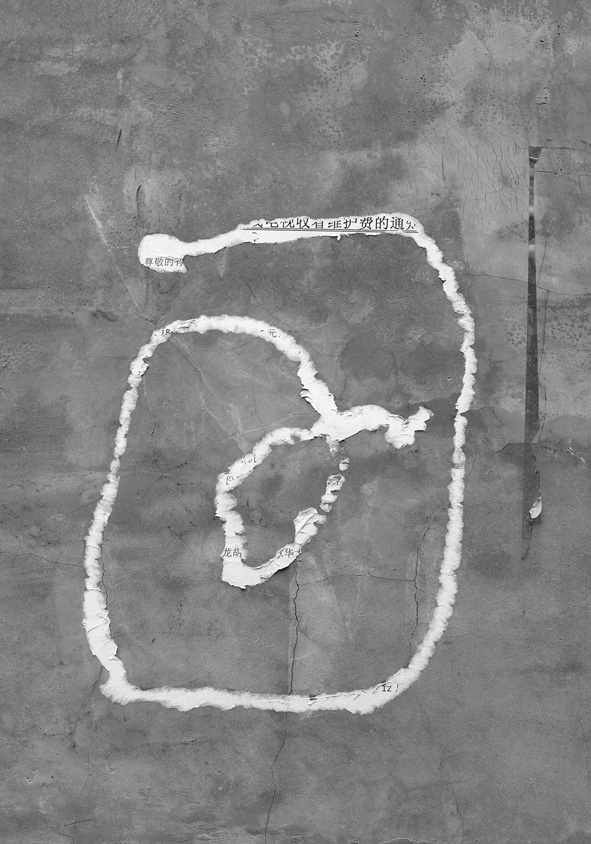 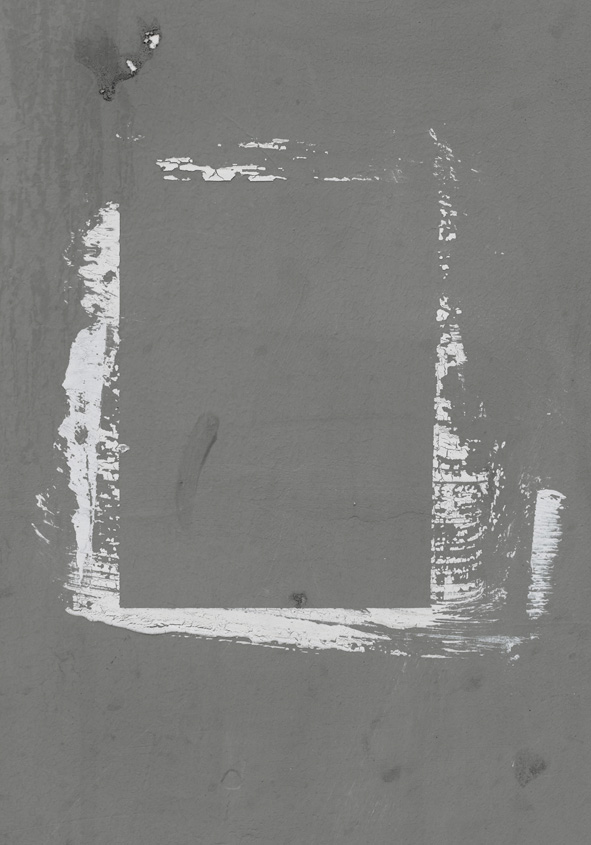 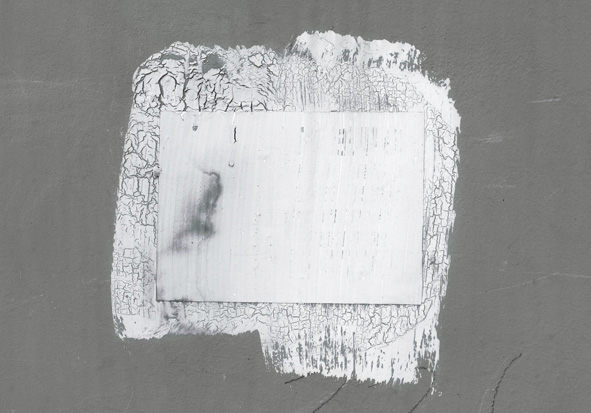 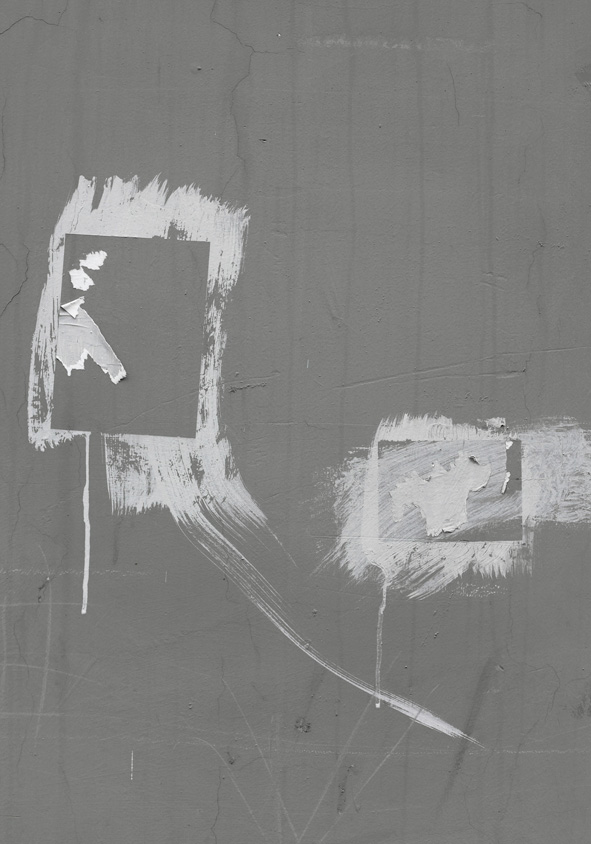