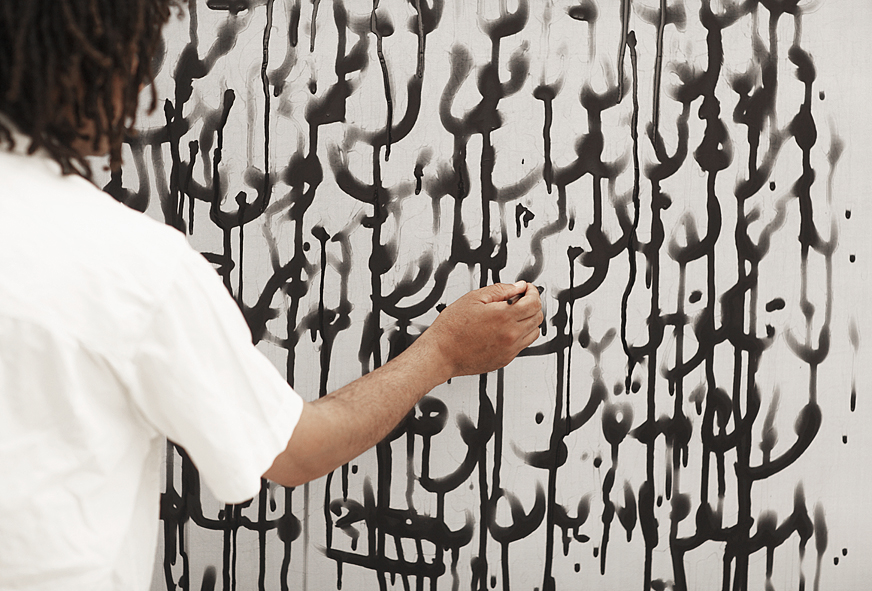 „Script“ can be shown as performance and as installation

The performance will be done by different language teams, minimum four different languages should be involved. Each team has a „story-teller“ and a „writer“. The „story-teller“ is describing the entering visitors from their cloth or by imagination about their lifes, they can also talk about relation to other visitors, anything which happens in the show.
The performer are wearing wireless microphones. All they say will be heart by the „writer“ who is standing in front of a Script canvas. The „writer“ is writing eveything they hear, simultaniously with a brush and liquide on the canvas. The black writing will be seen on the canvas. After a while all the letters disappear and the canvas will look grey like before. This allows the performer to write fluently from top to down and start again from the top. The visitors will see all these writing in languages which content the descriptions of the room. The visitor becomes an art piece by it‘s own through the observation. 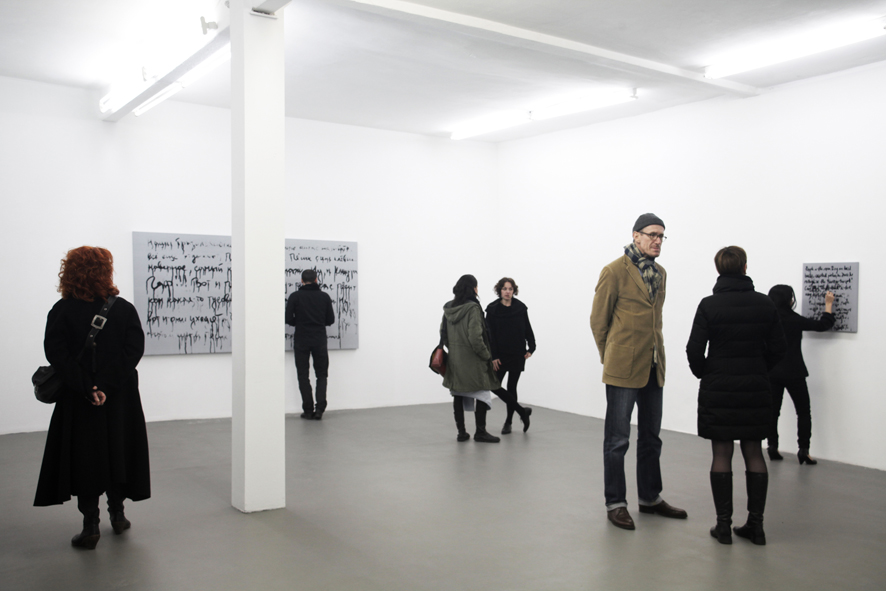 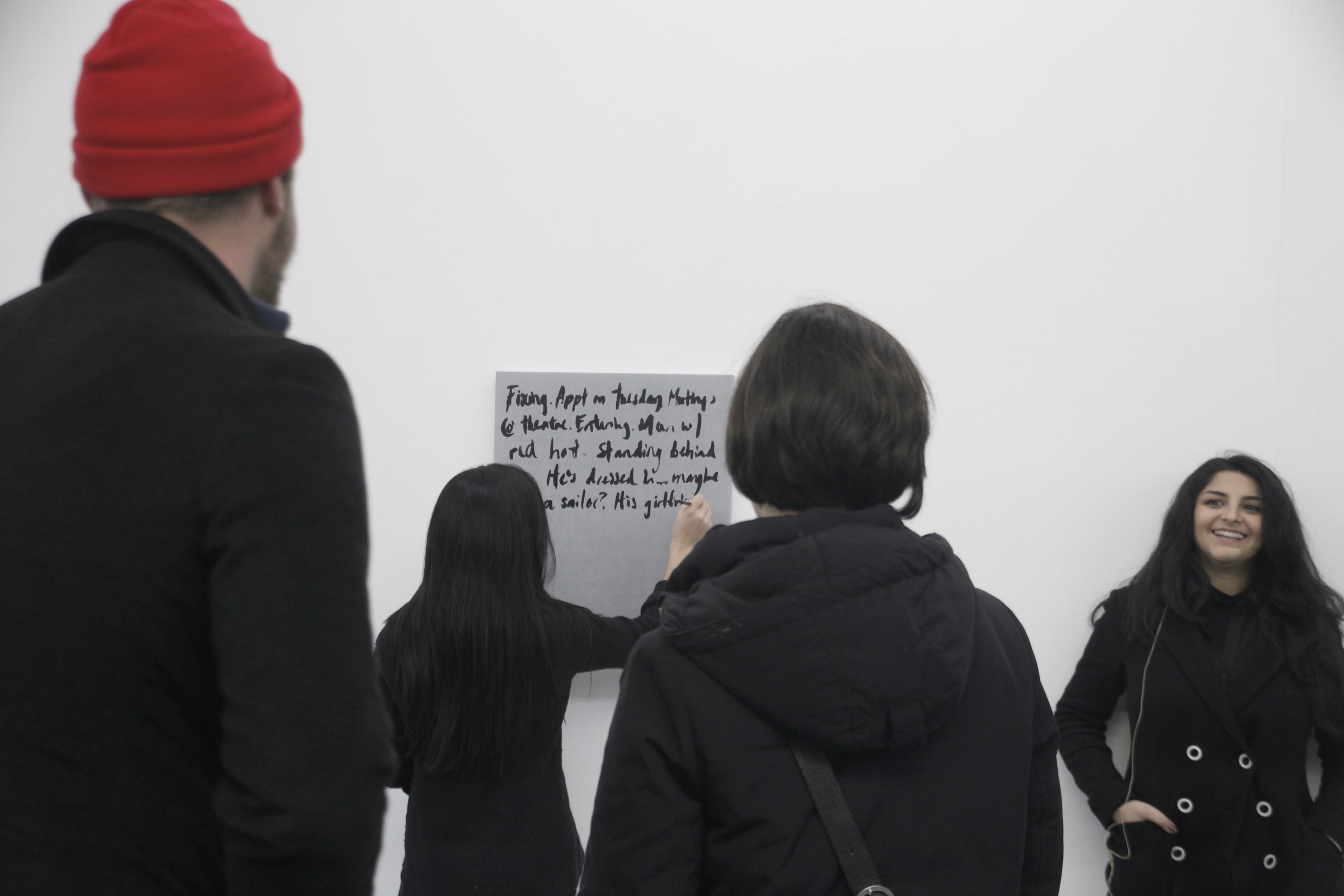 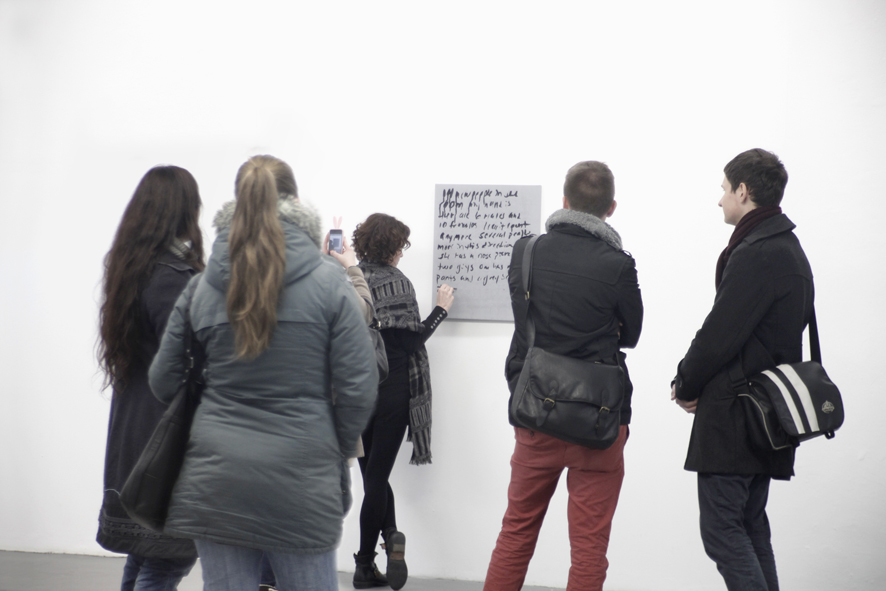 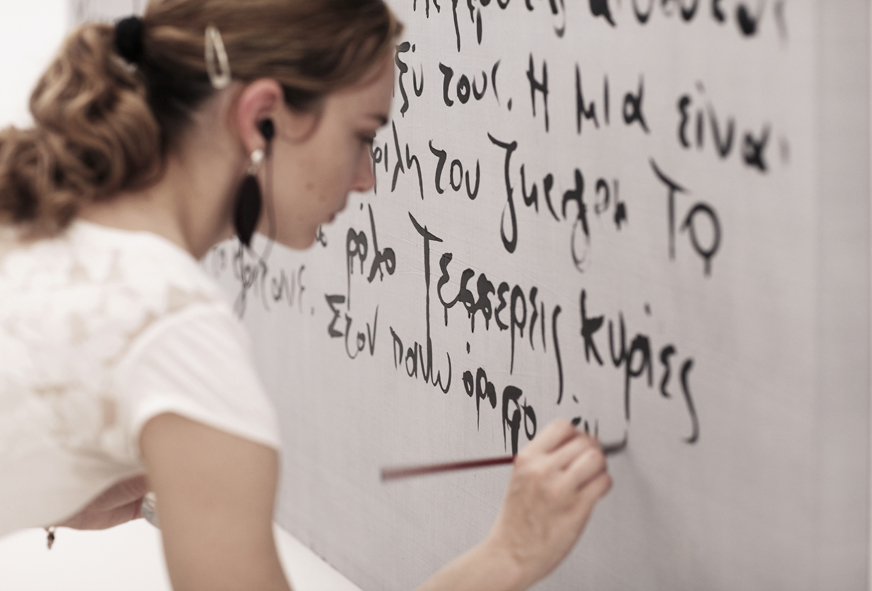 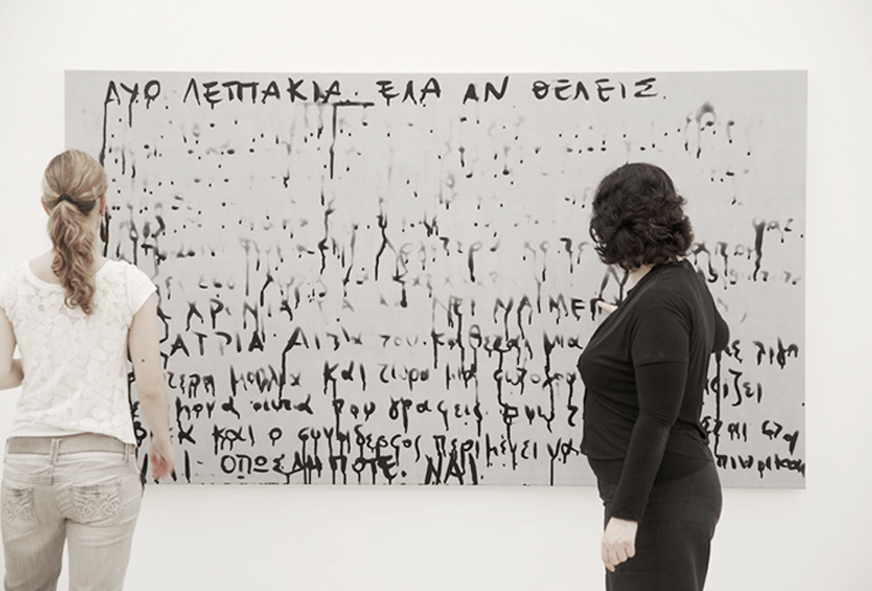 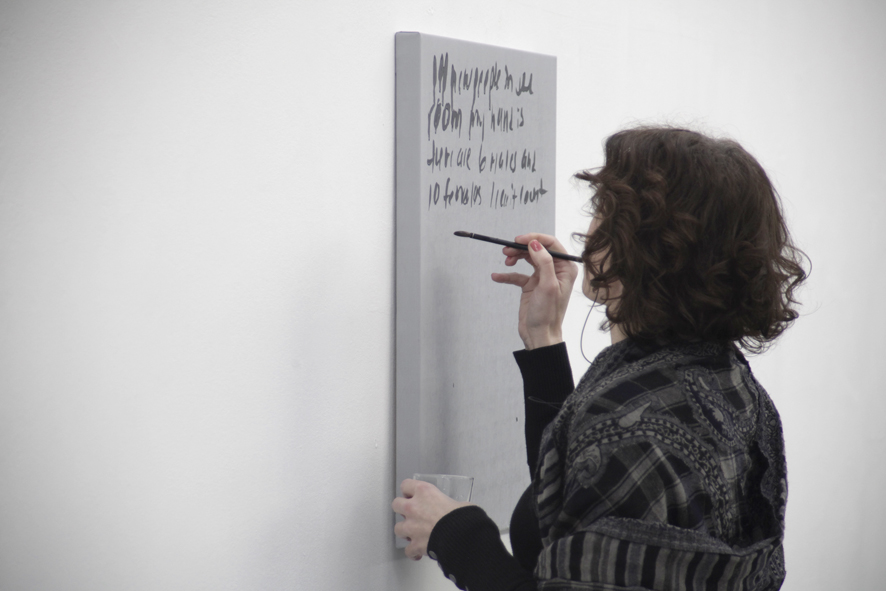 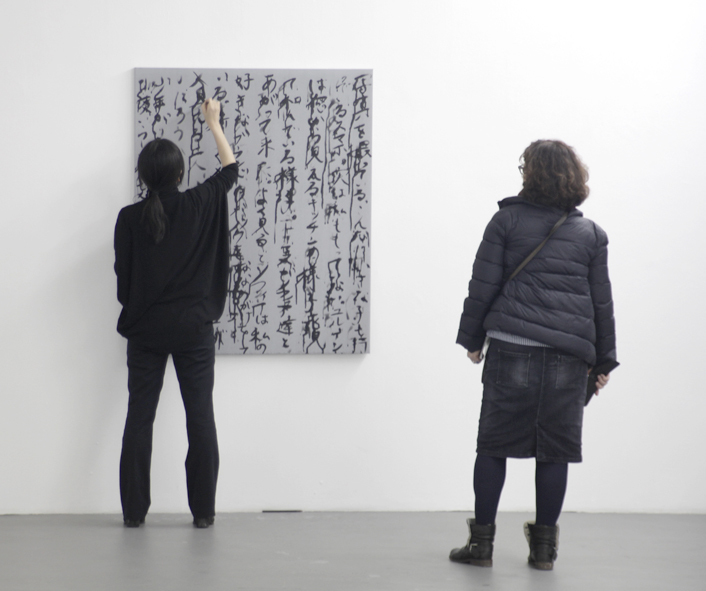 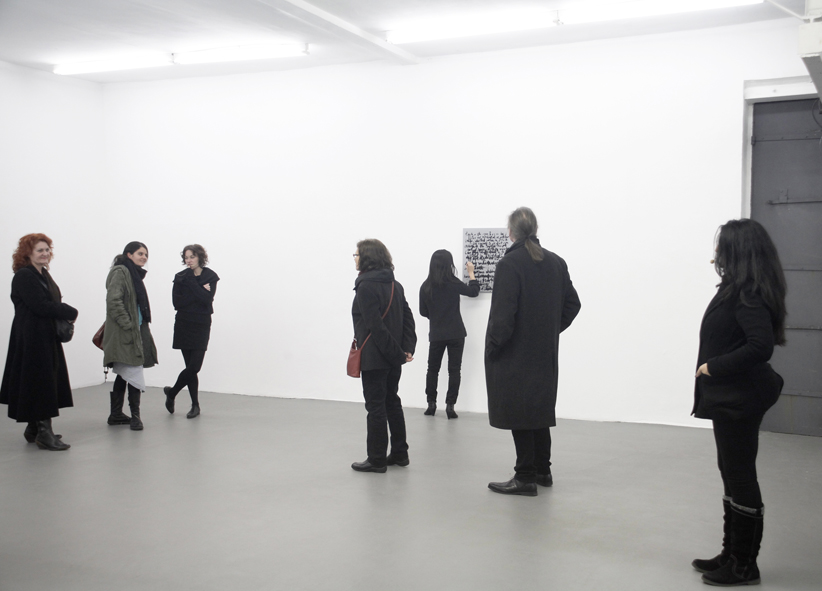 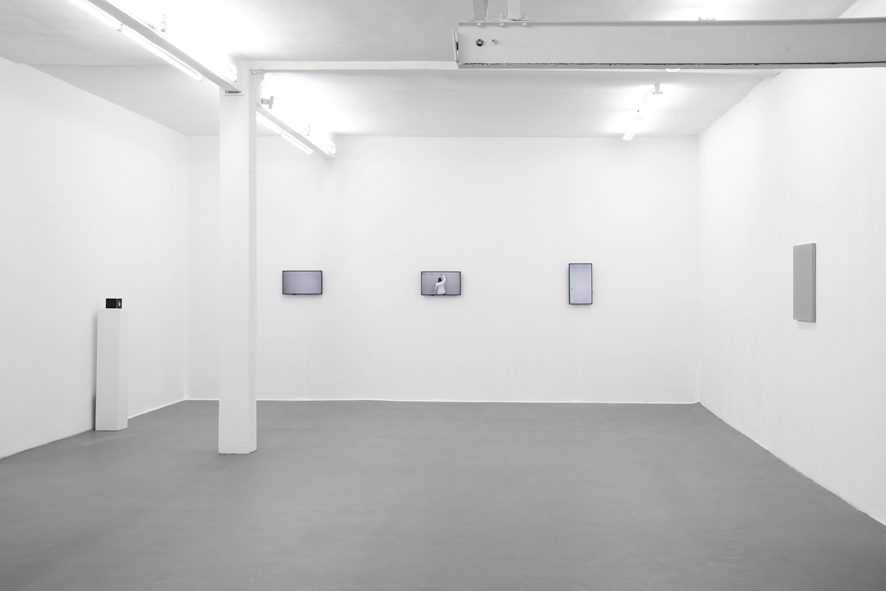 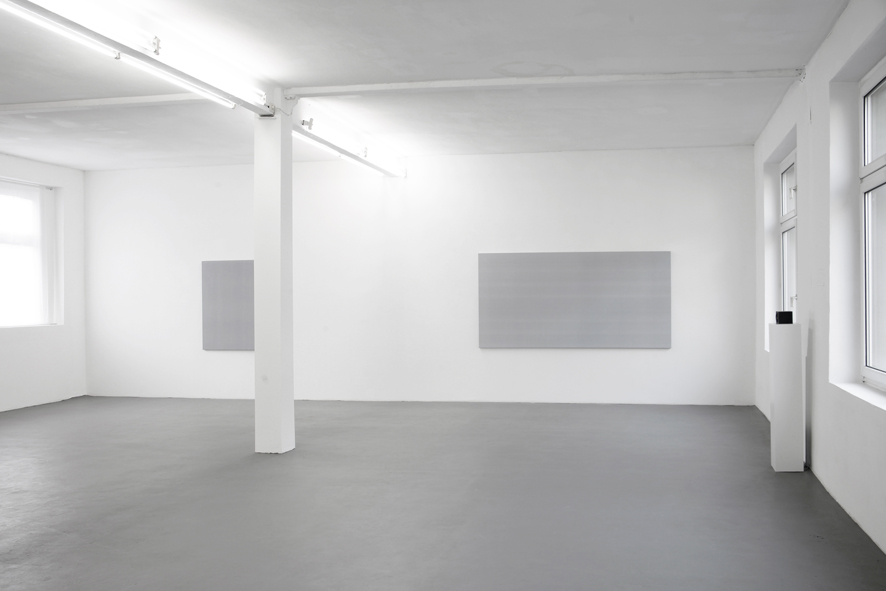 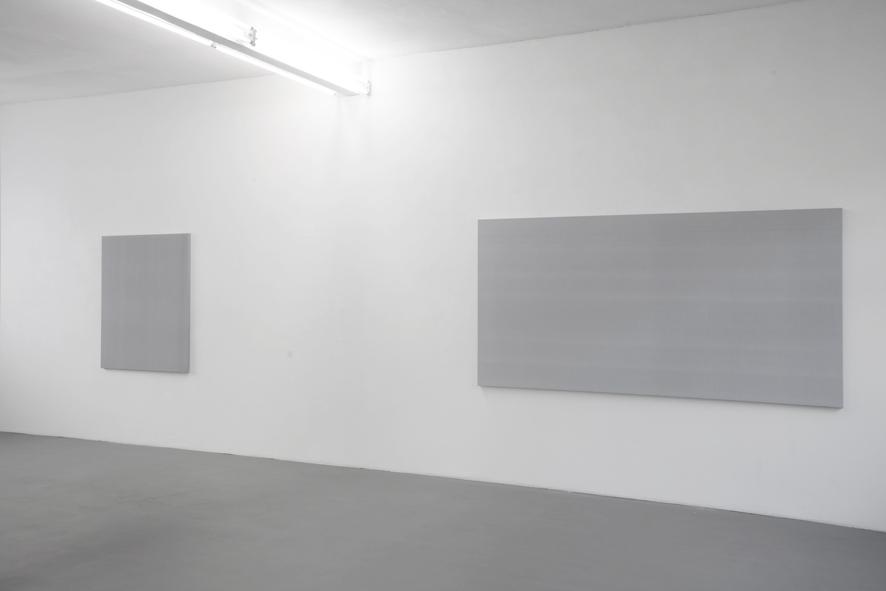